How to spot a participle adjective: The trick that will train your brain

So, uh, Sue? Why do we care about participle adjectives?

Because there is transformational power in truly understanding grammar, for yourself and for your story.

And someday, you may need to justify your phrasing choices to an editor. Editors aren't perfect. We make mistakes. We don't know everything about grammar (even if we usually know more than the authors we edit for, since being the expert on grammar is part of a copyeditor's job).

Style is an essential element of your writing voice, and you may want to use some fancy phrasings to set your work apart. But "style" is not an excuse to break the rules of grammar. We can bend them, but some of these rules exist for rock-solid reasons, and we need to understand how a phrase works and why a rule exists before we start getting creative with them.

So what is a participle adjective?

You may already understand how sentence structure works with all the parts of speech, but I'm about to throw some terms around, so let's do a quick review of the basics.

The subject of this sentence is "Henry", the verb is "ate", and the predicate is "lunch". Easy enough.

Now let's look at a participle form of the verb—just this one example, to keep things moving.

Henry was eating a healthy lunch.

The verb participle is "was eating" (past continuous). "Healthy" is an adjective that describes the predicate, "lunch". What kind of lunch? A healthy one.

I won't go into the various types of participles here, so just know that participles are useful for showing when something is happening in real time or happened at the same time as something else.

Okay, great! Now we're all caught up on the grammatical basics, let's talk about participle adjectives.

A participial adjective is the participle form of a verb when it is used as an adjective.

That sounds like a "duh", right? Should be simple to spot, right? Ugh, not always. (That's why I use my trick, and I'll show you below.)

Let's look at an example of a participial adjective.

"Captivated" is the past participle form of the verb captivate. Here, it is used to describe the subject's (Julian's) emotional state, so "captivated" here is a participial adjective. "Was" is the linking verb (a state of "to be") that connects the description ("captivated") to the subject ("Julian").

This sentence tells us how Julian is feeling, how he is being affected... but by what? Here's where it gets tricky.

In the above version of the sentence, Julian is merely feeling captivated. It's a state of existence. The sentence doesn't give us any additional detail about this state of being, so we assume it's a general experience. This sentence is perfectly healthy, style-wise, and grammatically correct.

But the sentence above could become passive voice just by adding a prepositional phrase. That's something you should avoid, since passive voice is widely considered a poor stylistic choice.

How can you tell when a participial phrase introduces passive voice?

Consider this new version of our example.

Julian was captivated by the merfolk.

Now we've introduced passive voice. I'll resist going off on yet another tangent to explain the ins and outs of passive voice here—you're welcome, brain!—but the takeaway from this new example is this:

Instead of "captivated" describing a general emotional state, it is now a specific situation. And that situation is introduced by and controlled by another noun, "the merfolk". Which means that "Julian" is now the predicate of this sentence because he is the one being acted on rather than simply being described. This is what it looks like in subject-verb-predicate order:

If you want to avoid introducing passive voice, don't place prepositional phrases that start with "by" after the participle form of a verb (especially if it would otherwise act as an adjective).

So when is a verb not a verb?

The purpose of everything we just talked about is to help you understand that a participial adjective does not act as a verb in a sentence. Because it modifies the subject, it is an adjective.

When a word that we typically consider a verb is used as an adjective, it is not actually doing the work in the sentence; it merely functions as a description.

Hang with me for one more quick example and I'll show you the simple trick for spotting those pesky participle adjectives.

So far, we've only looked at verb forms of adjectives that follow linking verbs:

But what if we used an adjective that is not a conjugated verb?

Woah. Okay, now it's getting tougher to tell the difference. All of these, including the original, are examples of predicate adjectives (not to be confused with participle adjectives). Don't worry, I'm not going to break your brain with even more definitions. Just know that every sentence above has the same structure:

The new set of examples uses words which cannot be verbs. Earlier I mentioned how it's not okay to break (many of) the rules of grammar for stylistic purposes. Participle misuse is one of the most common mistakes I see in my fiction editing work, and it's usually done in the name of "style".

If you're not sure what an ISA is—Improbable or Impossible Simultaneous Actions—or aren't sure you can identify one every time, then it is especially important for you to be able to spot a verb participle and understand what it modifies and how.

So let's finally take a look at that trick I've been promising you. 🙂

The trick to spotting a participial adjective

Some of those look pretty ridiculous, right? If we're going to break our brains with grammar, at least we can get a little dopamine hit as a reward. 🙂

This trick won't work with irregular verbs, so if a verb has a conjugated form that doesn't follow the same -ed -ing etc format, you probably can't use this trick. Here's a partial list of irregular verbs for reference, but a dictionary is always your best bet.

Did my trick help? Do you still have questions? 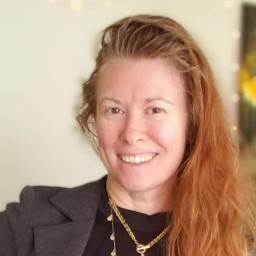 Creator. Speaker. Feminist. Human.
She/her.
Sue Brown-Moore is seasoned, comprehensive professional romance book editor. Her passion is educating romance authors, while enriching and empowering their writing careers.
Only you can write your own HEA.

Void: This powerhouse character Core Value is the heart of your hero’s Story Need

I'm sharing everything I know about writing romance.

Are you ready to learn?

Get every new romance-writing freebie, tip, technique, and article sent right to your inbox. Easy peasy!

By clicking above, you consent to receive emails from Sue Brown-Moore. You can opt out at any time. My privacy policy is here.

Please log in again. The login page will open in a new tab. After logging in you can close it and return to this page.